Gene made his delicious brisket and some of his super margaritas.  We had all the extras including carrot cake for dessert.  I'll put the recipe in my next newsletter, so sign up if you want to try it yourself.
Larry, our photographer son, came and took photos, so hopefully I will get to share some of those with you as well.  Joanna was here and helped so much.  That was a given.  Thanks to great kids.
My studio was full of Byrd and Street art.  Did I take any photos?  No.  Maybe Larry did.

Our resident roadrunner has been hanging around the back yard lately.  Mowing the yard must bring out something he or she likes to eat.  It has rained a bit the last 2 weeks, too.  I'm sure that helps all the critters. 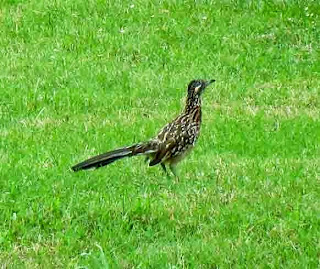 Looks like a good time was had by all. You raised some good kids - to be such a help. I like that.

It was a great day. Thanks!

(I didn't take any photos of Tommy and Kathy's art either!)

Bag Blog, thank you. Our kids are great!


Joanna, thank you for your help and your comments. :) 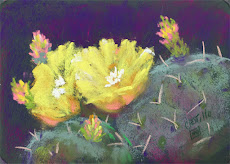