No Hunting this Morning Sketches

The January Challenge in the Southwest and Western forum is on.  I thought I should do a sketch or painting, I am the host after all.  The old car called to me. 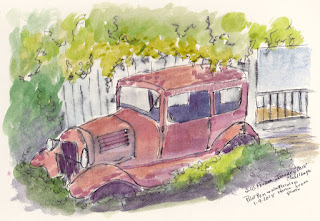 I planned an ink sketch with a touch of watercolor.  The sketch is in a watercolor sketchbook that is about 7 x 10 inches.  I did the ink sketch with the new Pilot fountain pen.  When I touched it with watercolor the ink bled.  I hadn't thought about that because I've been using the marker pens for so long.  It wasn't the look I had planned, but watercolor is sort of that way on its own.  It took about 40 minutes.

The bleeding ink prompted me to try another portrait in the Notorious Wild West Outlaws forum on wetcanvas.  It has been more interesting than I expected.  I think folks have made heros out of bad guys.  I sketched Pat Garrett and James Arness for Marshall Dillon on Gunsmoke.  We have also had a wolf, Yosemite Sam, and some of the mobster sketches, so semi good guys are OK. 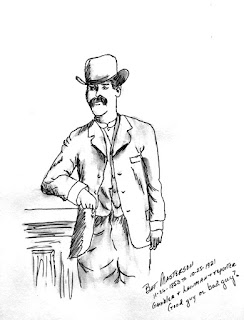 Bat Masterson wore many hats:  gambler, lawman, reporter, bad guy and more.  So much on Wikipedia I didn't even try to write much.  The photo I used was from Wikipedia not from the TV show where he usually carried a cane.

This sketch is in the big coffee table book done with the Pilot fountain pen with a touch of water.  I liked the bleed for black and white, with some effort it could look like a newspaper photo.  Good practice for my "portrait" world where I only dabble.

Gene is at lunch with some old work friends so I will now carry on with my procrastination mentioned in a previous post.......TV time and lunch.

the bleed effect looks great with the colours :D

Thanks, Jennifer Rose. Bleeding ink can be a good effect and better if you know about it. Ha.

I love the old car and Bat Masterson. Years ago at a garage sale I bought a box of old West Magazines. They had great stories, but really great old photos. I used to draw from them all the time - when I was younger.

Bag Blog, that was a good idea for you. I bet it helped with your portrait work, you are so good. I don't really have any desire to do portraits, but it is good practice for any other drawing.

Sometimes when the ink runs you get unexpected surprises...some good and some not so good. The truck came out nice! I don't know where time has been going. I haven't been visiting blogs quite as often. I think I'm researching our future travels too much. lol

Sometimes arranging travel is most important, Joan. Thanks for stopping in when you can. Hugs. 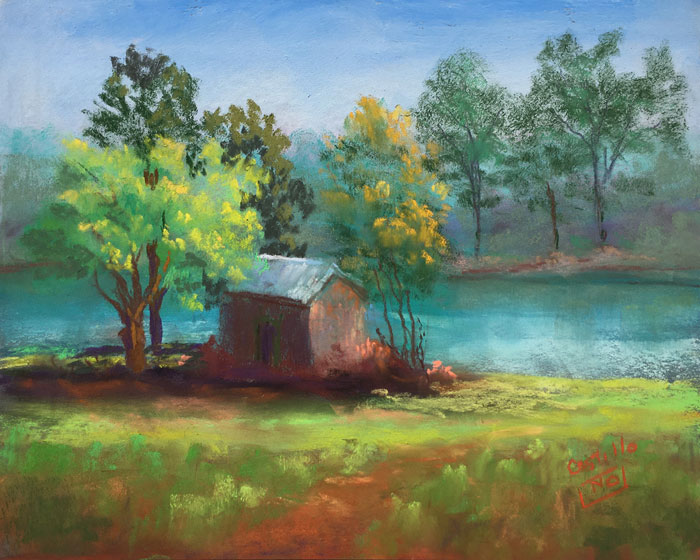 My website to see and buy my art: jocastilloart.com
On going Exhibits:
Art Connections Gallery
123 N. Main Street on the Square in La Grange, Texas
http://artconnectionsgallerybastrop.com
More Exhibit Information and Past Exhibits